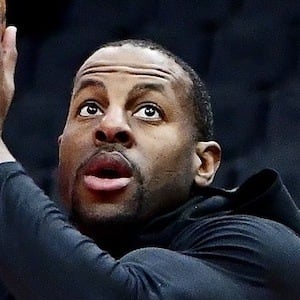 NBA swingman who was named NBA Finals MVP after helping the Golden State Warriors win the 2015 NBA Championship. He also won championships with the team in 2017, 2018 and 2022. He spent the first eight years of his NBA career with the Philadelphia 76ers and played in his first NBA All-Star game in 2012.

He won a gold medal with Team USA at the 2012 London Olympics.

He and his brother Frank were raised mostly by their mother, Linda Shanklin. He has a daughter named London and a son named Andre II.

He was known as the "other A.I." when he played alongside Allen Iverson in Philadelphia.

Andre Iguodala Is A Member Of