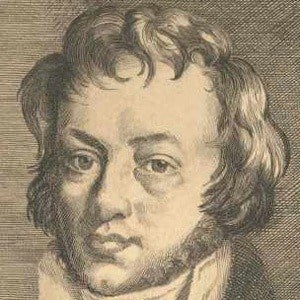 Physicist and mathematician who went down in history as one of the founders of classical electromagnetism. He is also known for writing the Considerations sur la théorie mathématique du jeu in 1802.

He grew up during the French Enlightenment at his family's estate in Poleymieux-au-Mont-d'Or near Lyon.

The ampere, which is the SI unit of measurement for electric current, was named after him.

He consumed the works of philosopher Jean-Jacques Rousseau, whose writings encouraged him to seek an education directly from nature.

Andre-marie Ampere Is A Member Of