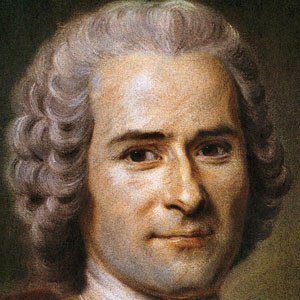 One of the most influential Enlightenment philosophers. He created the idea of a social contract between individuals and the state.

He had to fake an interest in Catholicism to gain employment because he had little formal education.

His master work was The Social Contract in which he created the French rallying cry of "Liberty, Equality, Fraternity," but his ideas were later adapted by totalitarian states to justify their existence.

His mother, Suzanne Bernard Rousseau, raised him in a Genevan upper class society.

He influenced both Immanuel Kant in his thoughts about moral law and Karl Marx in his political theories.

Jean-Jacques Rousseau Is A Member Of