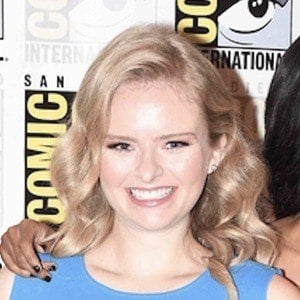 She first started her career as an actress at the age of fifteen when she responded to an open call for an audition for the film Ice Princess in 2005. She gained further attention in 2010 when he starred in Percy Jackson & the Olympians: The Lightning Thief.

She is also known for having appeared in the 2019 short film Valerie alongside Jeff Bridges and Angie Dickinson.

She was born and raised in Brantford, Ontario, Canada. Her first child, a daughter, was born in 2019.

She starred alongside Grant Gustin and Candice Patton on the 2014 series The Flash.

Andrea Brooks Is A Member Of