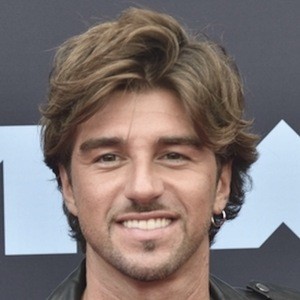 Music producer and DJ who earned a residency at the prestigious Italian club All’Aterego. In 2014, he was a contestant on the reality television program Temptation Island.

He dropped out of school to pursue music professionally. He played local shows for friends beginning at the age of 14.

He became a phenomenon on Instagram with more than 2.4 million followers.

He was born in Gela, Sicily and raised in Verona, Italy. He previously dated Giorgia Lucini for two years, and would later begin a relationship with Giulia De Lellis.

He has opened for artists such as Fedez, Nervo, Serebro and many others.

Andrea Damante Is A Member Of