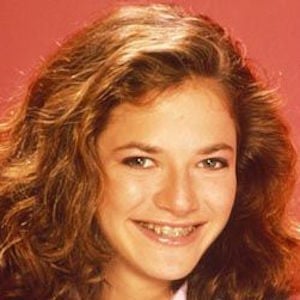 She was born in New York City and fell in love with acting when she was cast in a school production of Alice in Wonderland at age eleven. Three years later, she found herself on the TV series Whiz Kids.

She received Youth in Film Award nominations in 1986 and 1989 for her performance in the sci-fi sitcom ALF.

She was born in the same year and state as fellow television actor, Dondre Whitfield. Both she and Whitfield also appeared on soap operas The Young and the Restless and All My Children, respectively.

Andrea Elson Is A Member Of