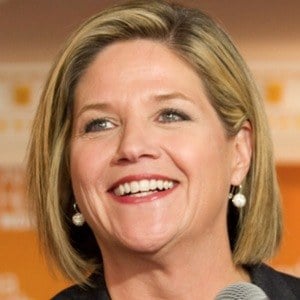 Canadian politician known for her work as a community development coordinator. She was the first woman to be elected as the leader of the Ontario New Democratic Party and is also known for being a member of the Ontario Provincial Parliament for Hamilton Centre.

She attended McMaster University where she earned her bachelors degree in Labour Studies. She then worked closely with the Hamilton Labour Movement. Her political career officially began in 1997 when she was elected to Hamilton City Council. In 2004, she was elected to the Legislative Assembly of Ontario and became the party's leader after its 2009 leadership convention.

In March of 2012, she received the EVE award presented by Equal Voice, a non-profit organization focused on promoting women in politics.

She was born and raised in Hamilton, Ontario. She married Ben Leonetti in 1985.

She was an organizer of Hamilton's Days of Action campaign against provincial government cutbacks that were announced by Mike Harris.

Andrea Horwath Is A Member Of