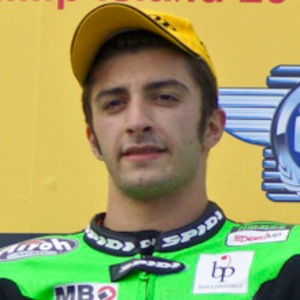 Italian motorcycle racer who is widely known for his career in the MotoGP premier racing class. He has earned renown for racing on behalf of both Ducati and Suzuki after signing with the latter in 2017.

He began his professional motorcycle racing career in 2005 as a participating member of the 125cc class. In 2010, he moved up to the Moto2 class.

He earned his first MotoGP win at the 2016 Austrian motorcycle Grand Prix during the tenth round of that season. He has also raced on behalf of Aprilla and Speed Up Racing.

He was born and raised in Vasto, Italy.

To start the 2015 MotoGP season, he replaced Cal Crutchlow on the Ducati Corse team.

Andrea Iannone Is A Member Of