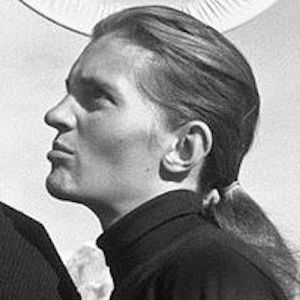 At 15 years of age, she competed in her first Olympics, taking place in Switzerland, making daring 60 mile-per-hour turns on the courses.

She made the cover of Time Magazine in 1952, as the hoped-for winner in the 1952 Winter Olympics in Oslo - and indeed she won, taking the gold.

Picabo Street was another women's ski champion - she won the gold in the 1998 Winter Olympics.

Andrea Mead-Lawrence Is A Member Of