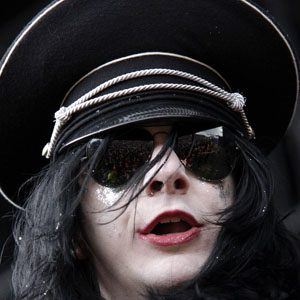 Vocalist and co-founder of the band Deathstars who also founded the label Deathglam, a new genre within metal and rock music that combines glam and a darker kind of rock. He was previously a vocalist in the death and thrash band Swordmaster.

He worked as a journalist in the Middle East, stationed as a reporter for the Swedish news during the war in Kosovo. He was also an editor and scriptwriter for numerous TV shows, including Survivor, Paradise Hotel, and Big Brother.

He has contributed to educational books concerning conflicts in the Middle East.

He was born in Stromstad, Sweden.

Both he and Simon Cruz front Swedish metal bands as lead vocalists.

Andreas Bergh Is A Member Of