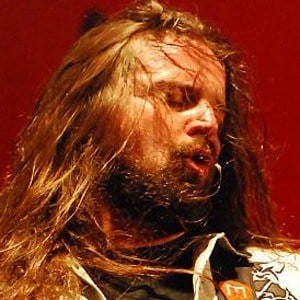 Lead guitarist for metal group Sepultura who has been featured on all of Sepultra's releases.

He started consciously listening to rock music when he was ten years old. He later joined Sepultura in place of the departing lead guitarist Jairo Guedes.

He and Sepultra have played together for more than twenty-five years.

He was born in Brazil to a Slovenian mother and German father.

He tried unsuccessfully to acquire a temp gig replacing the injured James Hetfield of Metallica.

Andreas Kisser Is A Member Of