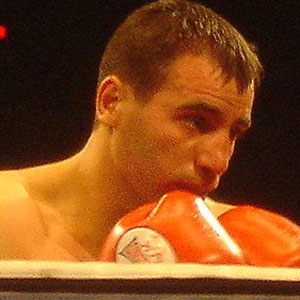 WBA light welterweight champion who won a silver medal at the 2000 Summer Olympics in Sydney.

He compiled an amateur record of 135-15, en route to capturing the 1995 Junior European Championships flyweight title.

He won his first 23 professional fights, after debuting in 2000.

He was born in Lviv, Ukraine.

He earned his WBA light welterweight title by defeating Gavin Rees on March 22, 2008.

Andreas Kotelnik Is A Member Of