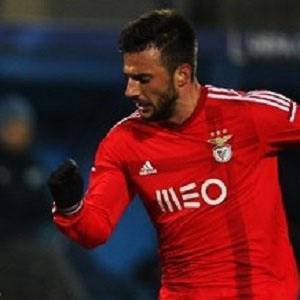 Central midfielder who joined Olympiacos in 2013 after spending four years with Panionios. He became a member of the Greek national team in 2013.

He spent his youth career with PAO Varda and debuted professionally with Panachaiki in 2006.

He scored his first international goal on June 24, 2014 at the FIFA World Cup in a group stage match against Ivory Coast.

He was born in Varda, Greece.

He and Dimitrios Papadopoulous became teammates on the Greek national team.

Andreas Samaris Is A Member Of