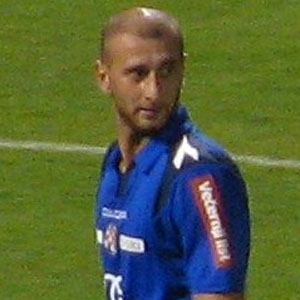 Striker who made 126 appearances with Panathinaikos from 2003 until 2008. He joined Atromitos in 2013 after spending a season with Panthrakikos.

He spent his youth career with the youth academies of Greek minnows Akratitos from 1989 until 1999.

He debuted for the Greek national team in 2002.

He was born in Gagarin, in the Soviet Union.

He and Alexandros Tzorvas became teammates on the Greek national team.

Dimitrios Papadopoulos Is A Member Of