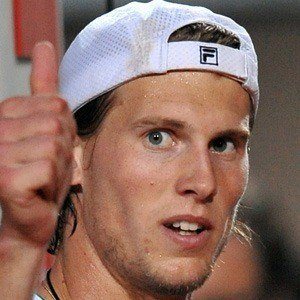 He turned professional in 2002, and quickly became one of Italy's top players.

He started out his career playing only in the ATP Futures and ATP Challenger Series circuits.

He lost to Andre Agassi in Agassi's final Wimbledon tournament.

He was born in Bolzano, Italy.

In Rotterdam in 2008, he shocked the world by defeating both Lleyton Hewitt and Rafael Nadal.

Andreas Seppi Is A Member Of