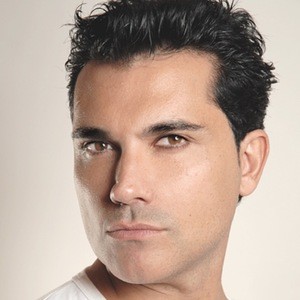 Spanish Actor, TV presenter, and model. He co-presented the program Noche de fiesta and participated in the dating show 12 corazones. He also played Micky in the TV series Tío Willy.

He attended the San Estanislao School of Kotska in Madrid.

He made his acting debut with a small role in the 1989 film Todos al suelo.

He's the son of actor Andrés Pajares and Mavi Burguera. He has two sisters, Mari Cielo and Eva.

He was mistaken for Gianni Versace's assassin Andrew Cunanan.

Andrés Burguera Is A Member Of