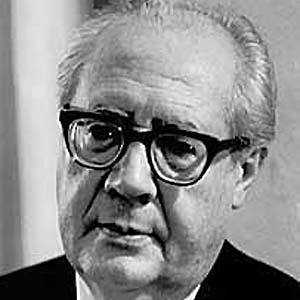 Spanish classical guitarist who was given an Grammy Lifetime Achievement Award in 1986 for his contributions to his genre.

He disobeyed his father by pursuing guitar rather than law. When he was sixteen, he had a public performance in Grenada.

He taught many master classes over the course of his career.

He married Adelaida Portillo in 1918, then pianist Paguita Madriguera in 1935, and then Emilia Magdalena Corral Sancho in 1962.

One of his close friends was musician Alexandre Tansman.

Andres Segovia Is A Member Of