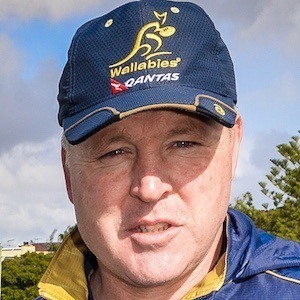 Prop for Australia from 1992 to 1999 who won the Rugby World Cup as a Wallaby in 1999, and later a forwards coach for the Wallabies.

He attended the University Of Technology - Kuringgai.

He became the head coach of the Newcastle Falcons for two seasons after retirement from rugby.

Andrew Blades Is A Member Of