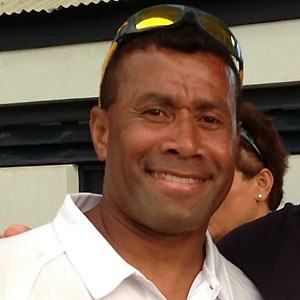 Rugby union footballer and coach who was considered one of the greatest players in rugby history, particularly in rugby sevens.

He married his wife, Karalaini, in 1993, with whom he fathered two daughters and one son.

He and Joeli Vidiri were contemporaries.

Waisale Serevi Is A Member Of