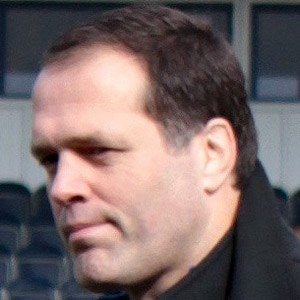 He was educated at Bedford School in Bedfordshire, England.

After his playing career was over, he became a sports journalist.

He doubled for Robbie Coltrane, who played Hagrid in the Harry Potter movies, performing stunts and in shots in which Hagrid's height needed to be emphasized.

Martin Bayfield Is A Member Of