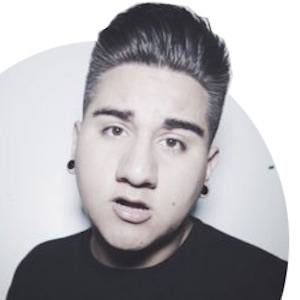 Videographer and YouTuber who began working with Panda Funk TV. In 2015, he created the YouTube channel Wild Mannered alongside his friends Pazookie and Dee Barajas.

He developed his passion for film during his frequent trips to Disneyland, where he would often make videos.

He is from Los Angeles, California and he has a brother named Ruben.

He and his friends Dee and Pazookie feature challenge and prank videos on their Wild Mannered channel.

Andrew Blue Is A Member Of