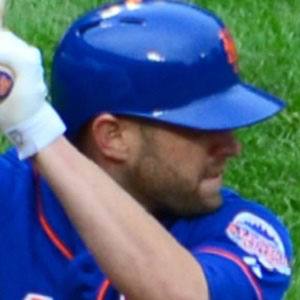 Outfielder best known to Major League Baseball fans for his stints with the St. Louis Cardinals, Colorado Rockies and New York Mets. He signed with the SK Wyverns of the Korean Baseball Organization in 2015.

He played college baseball at the University of Nebraska–Lincoln and was originally drafted by the St. Louis Cardinals in the 18th round of the 2007 MLB Draft.

On the final day of the 2012 regular season, he was ejected by umpire Mark Ripperger for arguing against a foul ball call.

He was born in Dallas, Texas. He has been married.

He played under manager Terry Collins during his years in New York.

Andrew Brown Is A Member Of