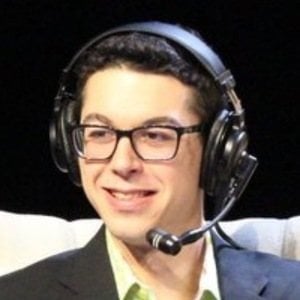 Esports commentator also known as Zyori who is best known as a Dota 2 commentator for MoonduckTV. He is also the host of The Zyori Podcast, a podcast focusing on Dota 2 and other esports-related topics.

He earned a bachelor of science degree in entrepreneurship from Rowan University.

He has a sister who attended Rutgers University.

He and Dan Stemkoski are both well-known esports commentators.

Andrew Campbell Is A Member Of