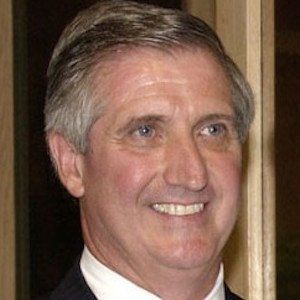 Politician who served as U.S. Secretary of Transportation under President George H. W. Bush and as White House Chief of Staff under George W. Bush. It was him who infamously whispered into Bush's ear as he was visiting Emma E. Booker Elementary School in Sarasota, Florida, that a second plane had hit the World Trade Center.

He attended the University of South Carolina, where he studied engineering.

He got his start in politics serving in the Massachusetts House of Representatives from 1975 to 1983.

He got married to his wife Kathleen; they have three children.

He was special assistant to the president when Ronald Reagan was in office.

Andrew Card Is A Member Of