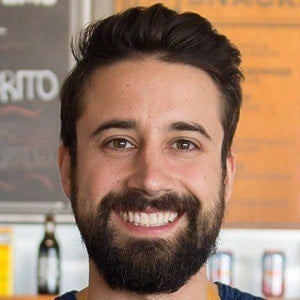 Chef and television host who rose to fame after appearing in Food Truck Face Off as well as hosting Say It To My Face! In 2016 he found himself on Fast Casual's list of the Top 25 Executives.

In 2007 he appeared in BBC's The Endless Feast.

He owns a seafood restaurant in southern California called Slapfish.

He and his wife Lauren welcomed two children.

He appeared on the Today Show which is hosted by Matt Lauer.

Andrew Gruel Is A Member Of