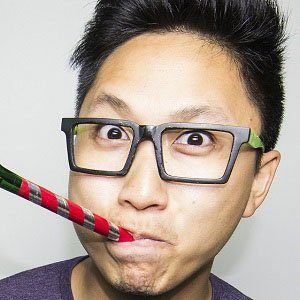 Born Andrew Gunadie and better known as "Gunnarolla," he is a web video star, comedian, travel blogger, and musician. His best known YouTube videos include "The Comic Sans Song" and "Canadian, Please."

After graduating from Canada's Western University with an honors degree in Media, Information and Technoculture, he took classes in TV broadcasting at Fanshawe College.

He was presented with the 2013 Digi Award for Online Personality of the Year. The following year, he released an EP that rose to a number one position on the iTunes Canada comedy chart.

He was born and raised in London, Ontario, Canada. He is close with his sister and his sister's son.

Andrew Gunadie Is A Member Of