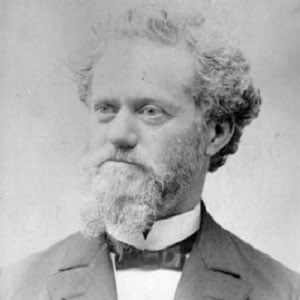 Remembered for his key role in the development of San Francisco's Clay Street Hill Railroad cable car system, he is also notable for his bridge building endeavors in Canada and the American West, as well as for his successful wire rope manufacturing business venture.

He moved to California in his teens and working in the gold mining, bridge construction, and surveying industries.

In the late 1860s, he invented an aerial tram known as the "Hallidie ropeway."

Born to Scottish parents Andrew and Julia Smith, he spent his youth in England and later relocated to the United States, where he met and married Martha Elizabeth Woods.

He was a contemporary of fellow transportation entrepreneur and inventor Elijah McCoy.

Andrew Smith Hallidie Is A Member Of