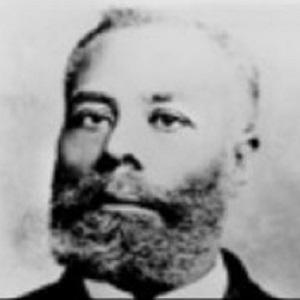 Best known as the inventor of mechanical lubrication for steam engines, he also had 57 other U.S. patents to his name. His name, McCoy, is a likely origin of the expression "The real McCoy."

He was initially employed as a railroad fireman and oiler for the Michigan Central Railroad.

The state of Michigan recognizes his historic contributions is several ways including a historical marker at his former home.

He was first married to Ann Elizabeth Stewart who died four short years after they married. He then married Mary Eleanor Delaney.

He was acknowledged in Booker T. Washington's book Story of the Negro as a leading black inventor.

Elijah McCoy Is A Member Of