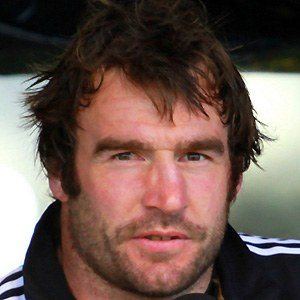 Rugby hooker who joined the All Blacks team in 2002.

He debuted in Super Rugby while playing for the Crusaders in 2001.

He was named New Zealand rugby player of the year in 2008 despite being convicted of killing a protected fur seal.

He was raised in Dunedin, New Zealand.

He played in the Rugby World Cup in 2011, the same year that Sam Warburton became the youngest player to be named rugby captain in the same tournament.

Andrew Hore Is A Member Of