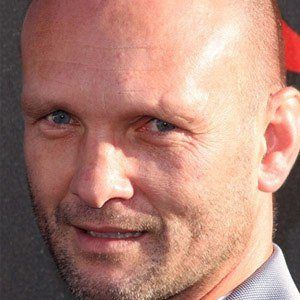 Actor who has had roles in such films as Limitless, The Hangover Part II, Shades, and The Cherry Orchard. In 2018, he began starring in the The CW series The Outpost and in 2019, he joined the cast of HBO's Watchmen.

In the early '90s, he trained at Cygnet Training Theatre, acting in productions of A Christmas Carol and Twelfth Night.

He played a leading role as Sheriff Storch in the 2010 film I Spit on Your Grave.

He was born in Cardiff, Wales. He has a child with his wife, Sarah Essex.

He made appearances in the Bradley Cooper films The Hangover Part II and Limitless.

Andrew Howard Is A Member Of

The Outpost
Watchmen
I Spit on Your Grave
Hatfields & McCoys