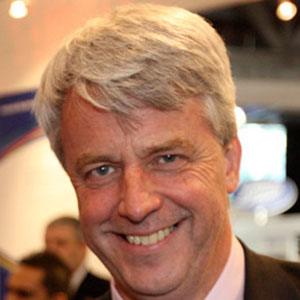 This Conservative politician began his tenure in the British Parliament in 1997 and served from 2012 to 2014 as Leader of the House of Commons. While in Parliament, he also served a two-year term as Secretary of State for Health.

While studying politics at the University of Exeter, he served as his college's student body president. After graduating, he joined the civil service as an employee of Britain's Department of Trade and Industry.

During his time as Health Minister, he was criticized for his ties to advertisers who represented such distinctly unhealthy restaurants and food products as McDonald's and Walkers chips.

His first marriage -- to Marilyn Biggs -- resulted in three children. With his second wife, Sally Low, he had two more children.

During Lansley's parliamentary tenure, then-Conservative Party leader William Hague resigned as a result of a 2001 election that diminished the number of conservatives serving in the government of the United Kingdom.

Andrew Lansley Is A Member Of