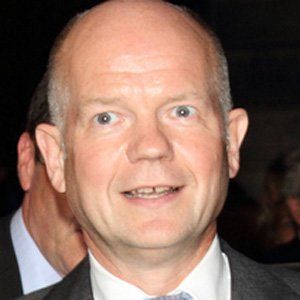 He studied philosophy, politics, and economics at Magdalen College, Oxford and was president of the Oxford University Conservative Association.

He gave a controversial speech in 2001 that alleged that Britain was becoming a "foreign land" and that a Conservative Party government was needed to ensure the country's well-being.

He was appointed Secretary of State by British Prime Minister David Cameron.

William Hague Is A Member Of