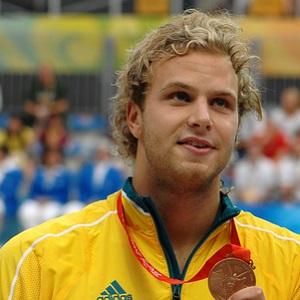 Swimmer who won three medals at the 2008 Olympics: silver in the 4x100 meter medley, and bronze in the 100 meter butterfly and 4x100 meter freestyle.

He was a very successful youth soccer and baseball player, before shifting his focus solely to swimming when he was 16.

He won a gold medal in the 4x100 meter medley at the 2007 World Championships.

He was born in Melbourne, and raised in Black Rock, Victoria.

His silver-medal winning team in 2008 finished just behind the American team that was led by Michael Phelps.

Andrew Lauterstein Is A Member Of