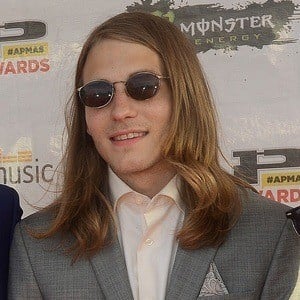 Drummer and vocalist for the Michigan post hardcore outfit I See Stars. He later started his own project called Dream Beach.

He is an original member of the group, coming together with the five other originals in 2006.

I See Stars enjoyed success with their third album Digital Renegade and their fourth album New Demons as they both reached the Billboard top 200, peaking at #39 and #28, respectively.

He performs in I See Stars with his brother Devin Oliver.

Metal core singer Danny Worsnop has performed on some of I See Stars songs.

Andrew Oliver Is A Member Of