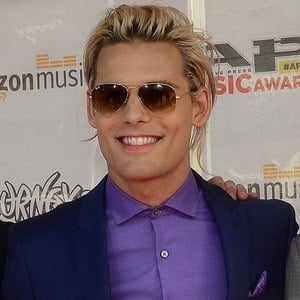 Front man for the electronicore band I See Stars whose albums Digital Renegade and New Demons both reached the Billboard top 200.

He grew up on the same block as guitarist Brent Allen and bassist Jeff Valentine. The band released their debut album 3-D in 2009.

He claimed in an interview that the band's name doesn't really stand for anything, that they just needed a band name.

His brother Andrew Oliver is the drummer in the band. He's dated fellow musician Yasmine Yousaf.

He sang alongside Cassadee Pope who was featured in the I See Star's song "The Hardest Mistakes."

Devin Oliver Is A Member Of