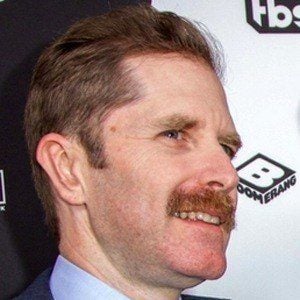 Comedian who is widely known for his work done as a member of the troupe The Grawlix. In February 2016, he began starring on the TruTV comedy Those Who Can't, which he also co-created with his fellow Grawlix troupe members.

He began performing stand-up comedy in 2003. He began touring the country soon after.

In 2013, he released his debut stand-up comedy album Hit the D*** Lights, which was named one of Time Out New York's top 10 comedy specials of the year.

He has a daughter named Amelia.

In October 2014, he made his debut on The Tonight Show alongside host Jimmy Fallon.

Andrew Orvedahl Is A Member Of