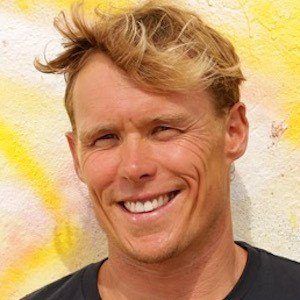 Reality star and lifeguard best known for starring in the popular Australian documentary series Bondi Rescue. Also a versatile athlete, he has become a sports commentator and emcee for triathlons and Ironman events.

He was working at a Doyle's restaurant when, at 23, a friend suggested he try lifeguarding. By 2002, he'd become a Bondi lifeguard and three years later the pilot for the series was made.

He grew up in Sydney and would frequent the beaches with his family. He and his wife have three children.

He stars alongside Harrison Reid in Channel Ten's Bondi Rescue.

Andrew Reid Is A Member Of