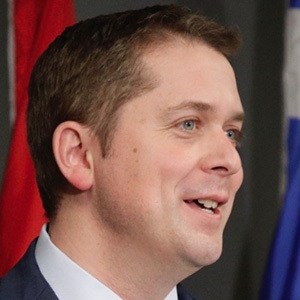 Canadian politician who became the Leader of the Official Opposition party in 2017.

He received his bachelor of arts from the University of Regina.

He entered the House of Commons in 2004 as a Conservative candidate.

His parents are Mary Gerarda Therese and James D. Scheer. He has eight siblings. He married Jill Ryan in 2003.

He was elected Leader of the Opposition under Justin Trudeau.

Andrew Scheer Is A Member Of