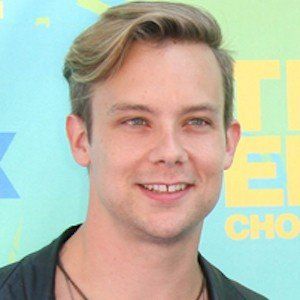 Bassist and backing vocalist who rose to fame as a member of Honor Society, a rock band known for it's association with The Jonas Brothers. The group released their debut album Fashionably Late in 2009.

Honor Society first formed in 2006 and released their debut EP The Green Light.

Honor Society performed their single "You Really Got Me" for the opening scene of Alvin and the Chipmunks: The Squeakquel.

His wife, Elizabeth, is an entrepreneur who owns a design collective and clothing company.

Drummer Alexander Noyes was a member of Honor Society alongside him.

Andrew Lee Schmidt Is A Member Of