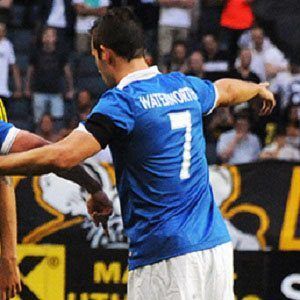 Forward who made his senior career debut in 2004 for Ards.

He played his youth soccer at Kilmore Recreation and Glentoran.

In 2013 he joined Linfield, and scored a hat trick in his first league appearance with the team, on September 14, 2013.

From 2008-2013 he played for Glentoran, where his grandfather, Noel McCarthy, had once been a goalkeeper.

His soccer idol growing up was Eric Cantona.

Andrew Waterworth Is A Member Of