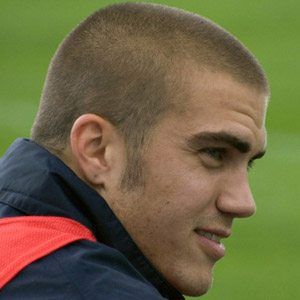 Soccer goalkeeper best known for his time with teams like the San Jose Earthquakes and the Portland Timbres. He won the USL Premier Development League Championship with the Cape Cod Crusaders.

He was a record-setting star at the University of New Mexico, posting 25 shutouts.

He was a contestant on the twentieth season of the CBS reality show The Amazing Race.

He and his brother, Eliot, are twins.

He was been teammates on the Portland Timbers with Liam Ridgewell.

Andrew Weber Is A Member Of