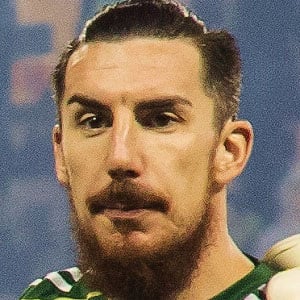 He became the first player in more than 20 years to transfer from Aston Villa to bitter rival Birmingham City, yet he quickly won over skeptical fans with his play.

He grew up in Bexleyheath, England.

He faced off against future soccer star Wayne Rooney in the FA Youth Cup Finals in 2001.

Liam Ridgewell Is A Member Of