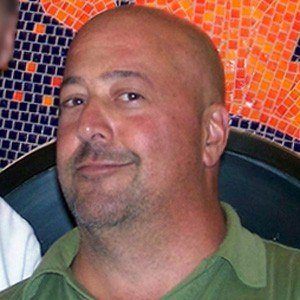 He attended Vassar College. He spent a year as a homeless drug addict and thief.

He received a James Beard Award in 2010 for his television show Toyota's Appetite for Life.

He married Rishia Haas in 2 002. They raised their son Noah in Monterey, California.

He and Mario Batali were culinary contemporaries and friends.

Andrew Zimmern Is A Member Of