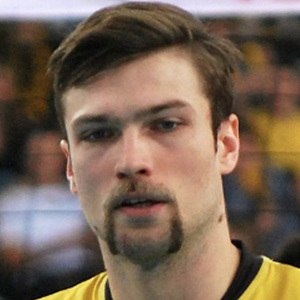 Polish professional volleyball player who is known for his work as a middle blocker with the AZS Politechnika Warszawska club. He is also known for having played as a blocker for the Polish national team as well, competing in several world championships with the squad.

His youth career first started in 1999 when he played for the Metro Warszawa club. He then trained as part of the SKF Legia Warszawa academy before making his senior career and professional debut in 2007 in PlusLiga where he played for Domex Tytan AZS Częstochowa.

He is known for having won the FIVB World Championships in 2014 with the Polish national team.

He was born and raised in Warszawa, Poland. He shared a photo with his mother through Instagram in September of 2018.

He received the Gold Cross of Merit in October of 2014 by President Bronislaw Komorowski for outstanding sports achievements and to promote Polish pride throughout the world.

Andrzej Wrona Is A Member Of