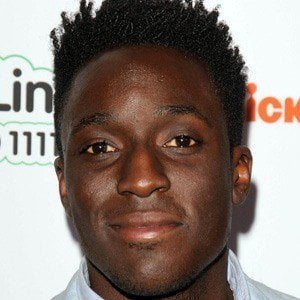 British television presenter known for his work with the BBC. He has been a mainstay on the show Blue Peter.

He obtained his Bachelor's in media studies from Sheffield Hallam University, and his first job out of university was as a runner for the BBC.

He appeared on several reality programs including Ready Steady Cook, Total Wipeout, and The Great British Bake Off.

He was born in Nigeria, but his family moved to England when he was eight. He also lived in France for a short time.

Barney Harwood was another presenter on Blue Peter.

Andy Akinwolere Is A Member Of