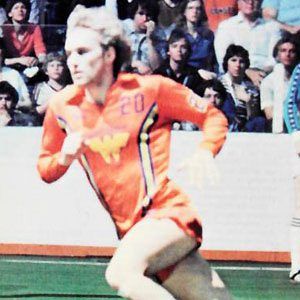 English-American soccer forward who was most successful in indoor soccer leagues.

He signed with Arsenal F.C. when he was just 16 years old and joined their professional team a year later.

He played indoor soccer from 1979 to 1996, then returned for a final season in 2000 before officially retiring.

He and Jack Wilshere both began their careers with Arsenal.

Andy Chapman Is A Member Of