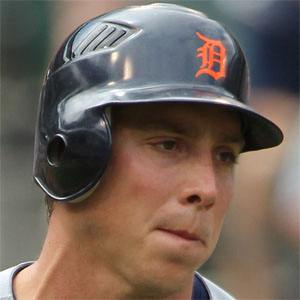 Outfielder known for his solid all-around game, debuted for the Detroit Tigers in 2011 and led the league in range factor per nine innings in 2013.

He helped the Tigers reach the World Series in 2012 where they were swept by the San Francisco Giants.

He was born to Rick and Denise Dirks.

Andy Dirks Is A Member Of