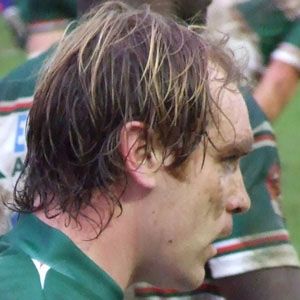 Fly-half veteran who scored over 1100 points for the Leicester Tigers in his 15+ year career.

He started playing rugby at age 5 and went on to turn professional in 1998.

He was raised in Coventry, England.

Andy Goode Is A Member Of