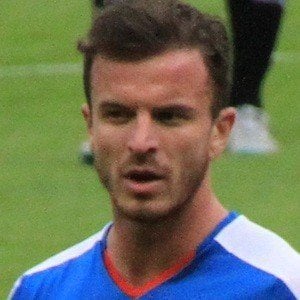 Midfielder who joined the Rangers of the Scottish Championship Club in 2015. He had previously played for Bradford City, Middlesbrough and Livingston.

During his amateur career, he was brought up through the Ross County, Rangers and Livingston programs. He turned professional in 2008.

He helped Bradford City pull off a shocking defeat of Chelsea in the 4th round of FA Cup in January of 2015.

He was born in Ibrox, Glasgow, Scotland. His mother's name is Lynne.

He became a teammate of captain Lee Wallace upon joining the Rangers.

Andy Halliday Is A Member Of