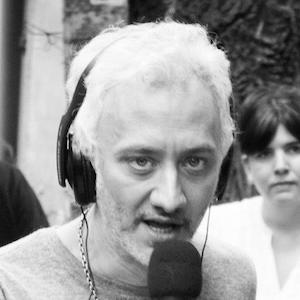 Journalist and TV host who's known for the Argentine television show Caiga Quien Caiga. He also hosted El Bar in 2001 and Escalera a la Fama in 2003. He won the 1998 Martín Fierro Award for journalism, and the 2005 Clarín Award for the radio show Perros de la Calle.

He went to the University of Buenos Aires to study psychology but later left to earn a degree in journalism at Taller Escuela Agencia in 1995.

He made a guest appearance on the 2012 comedy Graduados.

His parents are Juan Carlos Kusnetzoff and Esther Buchholz. He and Florencia Suárez had their first child, Helena, in August 2016.

He posted a photo on Instagram with the model Silvina Luna in November 2017.

Andy Kusnetzoff Is A Member Of